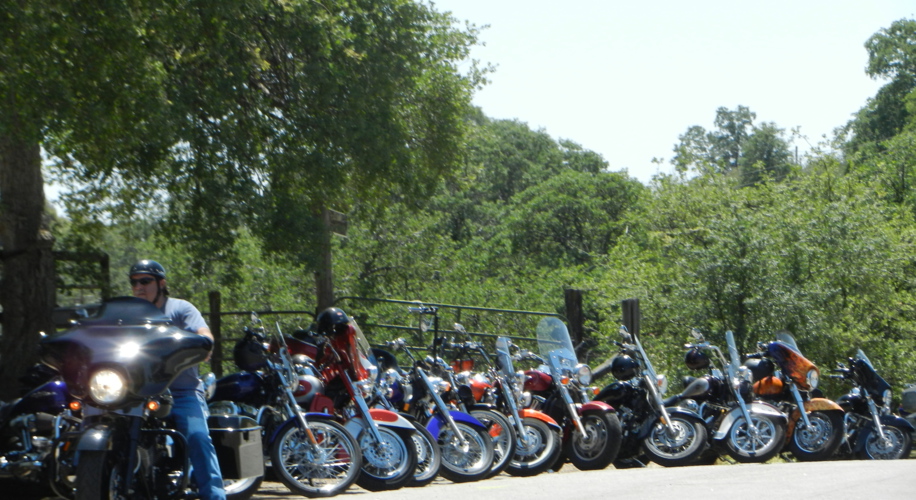 In the early 1970's, a mandatory helmet use bill was first introduced in California and brought the motorcycle community together. Easyriders magazine and a few supportive groups formed a new national organization named ABATE, standing for "A Brotherhood Against Totalitarian Enactments". Presently, depending on the state, the letters stand for "American Brotherhood Aimed Towards Education", or American Brotherhood Against Totalitarian Enactments". Whatever the name, all ABATE organizations around the country share the same common concerns and goals.

In 1993, membership in ABATE rose to about 1% of the riders in the state of California, with active membership throughout the state. ABATE of California now has hundreds of volunteer officers, including eleven members of the State Board of Directors and a number of State Officers, elected by the Board. The Board of Directors is elected by the annually by the ABATE of California general membership. A list of current State Officers and Board Members and a listing of all local meetings are published monthly in The Bailing Wire, the monthly newspaper of ABATE of California. ABATE members actively produce, support and promote public awareness campaigns, motorcycle safety programs and all manner of charity events.

The main thrust of ABATE is to "Educate, Not Legislate." We believe in the education of all who are involved with motorcycling, including but not limited to, our own members, legislators, law enforcement officials and the general public. Education topics include motorcycle safety and awareness, current laws that affect riders and pending legislation that could change the way we enjoy our freedoms. ABATE also encourages our members to help with community charity events and always promote a positive image of motorcyclists.

Our free monthly newspaper, The Bailing Wire, keeps members informed on upcoming events and issues affecting motorcyclists in California and around the country. Members have the opportunity to attend any Local meeting, voice their opinions in letters to the Editor, and generally become more involved with the sport of motorcycling. Members will also enjoy one of the largest social motorcycling events in the state, the Golden State Rendezvous, and various regional rallies and Local events. Members also receive a patch for their first year in ABATE and pins each year thereafter.

All ABATE members are encouraged to be politically informed. We have a Political Action Committee, ABATEPAC that is funded by donations from our members and by fundraising activities conducted by the Locals. This committee directs political action for the organization and decides which candidates receive our endorsement, money and members' volunteer support. ABATEPAC produces the ABATE of California Voter's Guide for each primary and general election to inform voters about candidates and issues that affect motorcycling.

ABATE also employs a professional lobbyist in Sacramento. The lobbyist and ABATE of California also work with the Washington, D.C. lobbyists of the American Motorcycle Association (AMA) and other motorcyclists' rights organizations (MROs) to preserve our freedoms at a national level. ABATEPAC continually monitors the California Legislature for unfair or unconstitutional motorcycle legislation and represents the interests of the California motorcyclist and works to ensure riders' freedom of choice.

ABATE also promotes motorcycle training programs, including the national award-winning California Motorcycle Safety Program (CMSP) The CMSP is funded entirely by a $2.00 surcharge on motorcycle registration fees. This program gives both novices and experienced riders the ability to ride with more training, education, awareness and confidence. ABATE has maintained a seat on the CMSP advisory board since its inception in 1986.

Where To Find Us:

Want to Become a Member?

For more information, use our contact form. We look forward to hearing from you!

Also be sure to check out the  ABATE of CA site. The monthly newsletter ABATE Bailing Wire is located under the Newsletter tab.